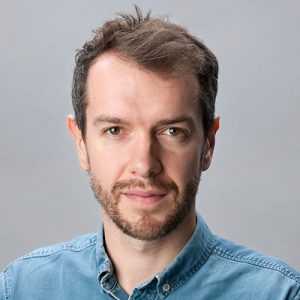 Harry Cliff is a particle physicist at the University of Cambridge working on the LHCb experiment, a huge particle detector buried 100m underground at CERN near Geneva. He is part of a team of around 700 physicists from all over the world who are using LHCb to search for evidence of new particles that could answer some of the biggest questions in modern physics. For the past seven years he has held a joint post between Cambridge and the Science Museum in London, where he curated two major exhibitions: Collider (2013) and The Sun (2018). He is an enthusiastic communicator of science and has given a huge number of public talks including at TED and the Royal Institution, alongside appearances on television, radio and podcasts. His first adult work of non-fiction How to make an apple pie from scratch will be published in 2021.

How to make an apple pie from scratch